You are at:Home»Portfolio Strategies Channel»What Equity Investors Can Learn From the Bond Market 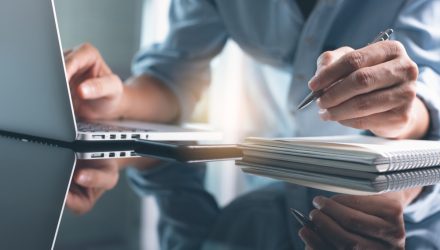 What Equity Investors Can Learn From the Bond Market

While a good indicator of future economic woes, an inverted yield curve has not been a very good timing tool for equity investors, according to Brian Levitt, global market strategist at Invesco. Over the past six decades, the median amount of time between the initial inversion of the yield curve and the onset of a recession has been 18 months.

Investors who sold when the yield curve first inverted on December 14, 1988, missed a subsequent 34% gain in the S&P 500 Index. Those who sold when it happened again on May 26, 1998, missed out on 39% additional upside to the market. In fact, the median return of the S&P 500 Index from the date in each cycle when the yield curve inverts to the market peak is 19%, according to Levitt.

“Among the most meaningful tips I received in my young career is that of all the indicators that signal what the economy may do next, the bond market gets it right most often,” Levitt writes. “Thus, when the US Treasury yield curve meaningfully flattens, I pay attention. Every recession over the past 60 years has been preceded by an inversion of the yield curve.”

The current shape of the yield curve, however, is a signal of what is already known to investors: Inflation is too hot, and growth is going to moderate. But with household net worth up 17% over the past year, retail sales up 18%, and industrial production up 8%, recession talk is premature.

“Equity investors should be mindful to not overreact when the yield curve first inverts,” Levitt says. “It’s a red flag, but not a great near-term timing tool. As someone once advised me, it’s not the first rate hike of the cycle that typically matters for equities, it’s usually the last one.”

Opting for an equal-weight index, as opposed to a market cap-weighted approach, can provide diversification benefits and reduce concentration risk by weighting each constituent company equally so that a small group of companies does not have an outsized impact on the index.