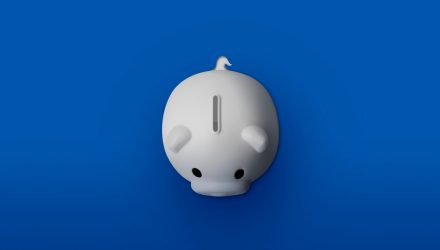 Considering that the Federal Reserve raised interest rates seven times this year, rate-sensitive financial services stocks disappointed investors, as highlighted by a year-to-date decline of 13% for the S&P 500 Financial Services Index. While that’s better than the broader market, it is a reflection of market participants’ expectations that a recession could arrive in 2023, if it hasn’t already. Earnest economic contraction would likely be a drag on bank equities because banks will be forced to set aside more capital to cover sour loans during a recession. That’s been the case over prior economic contractions, including the brief coronavirus recession in 2020.

However, that outlook isn’t uniform across all domestic banks, indicating that there could be merit in considering the Invesco S&P 500 Equal Weight Financials ETF (RYF) as a way to play the financial services sector in 2023.

“Banks had several tailwinds in 2022 including expanding net interest margins, strong loan growth, and benign credit performance, which are expected to either moderate or reverse in 2023. Importantly, the expected rise in credit losses next year would be coming off historically low levels in 2022, so a moderate worsening would be well within Fitch’s through the cycle expectations,” noted Fitch Ratings.

Year-to-date, RYF is offering modest outperformance of the cap-weighted S&P 500 Financial Services Index. Potentially adding to the allure of RYF in 2023 is the point that, not surprisingly, the fund tilts heavily into the value factor, as 56% of its 69 holdings are classified as value stocks.

That’s a relevant consideration because value outperformed growth over the past two years, and some market observers believe that could be the start of a longer period of value topping growth. Another factor working in RYF’s favor is that banks are well capitalized today, indicating they have the resources to endure a recession.

“Despite the various macroeconomic uncertainties heading into next year, risk-based capitalization levels and liquidity buffers for U.S. banks are quite strong, particularly when compared to the period preceding the global financial crisis,” according to Fitch.

On the other hand, bank stocks aren’t the primary drivers of RYF performance. That distinction lies with insurance providers and capital markets companies, which combine for about 69% of the ETF’s roster. Insurance companies are rate-sensitive, and that could finally play out in their favor next year. Additionally, RYF’s capital markets exposure could be a plus for investors if mergers and acquisitions activity perks up in 2023.