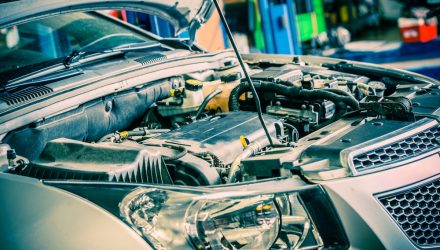 Under the Hood of Equal Weight’s Outperformance Last Month

The S&P 500 Equal Weight Index outperformed again in November, as the gap between equal weight and the S&P 500 last month was in the top quintile of historical experience, according to S&P Dow Jones Indices.

The S&P 500 EWI increased 6.7% in November, outperforming the S&P 500, which gained 5.6% during the month. Key performance contributors for equal weight last month were the underweight to the information technology and overweight to smaller-caps within consumer discretionary, according to recent commentary from S&P Dow Jones Indices.

This is the second consecutive month of positive performance from both indexes. In October, the S&P 500 EWI increased 9.8%, outperforming the S&P 500 by 2% during the month.

Notably, equal weight outperformed the S&P 500 by 7.9% in the consumer discretionary sector.

Looking at the trailing 12-month performance of the equal-weighted and cap-weighted indexes, equal weighting has outperformed in the materials, real estate, financials, consumer staples, and communication services sectors over the longer period.

Energy was the top-performing sector in November for both equal and cap-weighted and over the past 12 months.

Investors can gain exposure to the equal weight’s outperformance with the Invesco S&P 500® Equal Weight ETF (RSP) or the Invesco ESG S&P 500 Equal Weight ETF (RSPE), which screens for ESG criteria. Equal-weighted strategies can provide diversification benefits and reduce concentration risk by weighting each constituent company equally so that a small group of companies does not have an outsized impact on the index.

The funds have also historically demonstrated strong returns and introduce the small size and value factors to a portfolio, making both offerings uniquely attractive in the current environment.