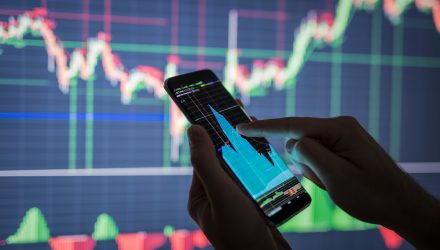 U.S. markets and stock exchange traded funds rebounded on Thursday as some traders tried to pick out some more heavily sold-off segments.

“I don’t see a whole lot in the market that is really alarming me. There is no one out there saying ‘run for the hills,’ but there are those saying they are going to take off risk and reposition to other areas of the market,” Kara Murphy, chief investment officer of Kestra Holdings, told the Wall Street Journal.

The stock market gained on Thursday, paring some of its earlier losses this week, after the Nasdaq dipped 10.7% below its November all-time high, which conformed a correction.

“The fact that the Nasdaq had dipped into correction territory probably brought in some buyers who felt as though it had gotten overdone,” David Joy, chief market strategist at Ameriprise Financial, told Reuters.

Equities, notably the growth style and technology stocks, have been hit hard by rising Treasury yields and a higher interest rate outlook as the Federal Reserve begins to tighten its monetary policy to curb the elevated inflation level that has hit multi-decade highs. Treasury yields, though, were relatively steady on Thursday after hitting a two-year high.

“Just the fact that they have not gone any higher… at least for the day it’s a welcome reprieve from the steady march higher that we have experienced,” Joy added.

Nevertheless, while bargain hunters began to dip into markets, some observers warned that there is no indication that the selling is over.

“Whenever we see equities churn lower, as they have this year, we are mindful that the risk of a meltdown grows rather than diminishes,” Nicholas Colas, the founder of analytics firm DataTrek Research, told the WSJ.