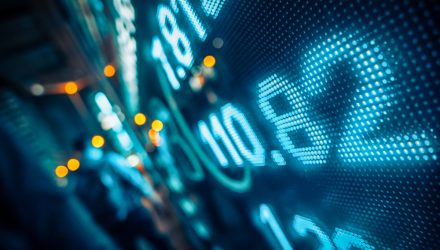 U.S. markets and stock exchange traded funds advanced on Friday and were on pace to end a five-week winning streak after the spike in inflation drove investors to pull back from the record rally in the equity markets.

U.S. stocks retreated this week after updated data showed that core inflation jumped to a three-decade high in October with prices rising across an array of goods and services, the Wall Street Journal reports.

Signs that a spike in inflation will last longer than what many central bankers had anticipated also fueled expectations that the Federal Reserve could hike borrowing costs by summer to get a better handle on the inflationary pressures. Corporate executives have also been pointing to inflation on recent earnings calls, the most since at least 2010, according to FactSet.

“I think that there’s still the view in markets that this (rising inflation) is largely still a transitory type of situation,” Matt Stucky, senior portfolio manager at Northwestern Mutual Wealth Management, told Reuters.

“But that being said, it’s still a risk factor and it’s impacting the consumer as we saw a pretty significantly weak print in the University of Michigan consumer sentiment index,” Stucky added.

The University of Michigan’s survey revealed that U.S. consumer sentiment dipped in early November to its lowest level in a decade.

Nevertheless, markets somewhat rebounded toward the end of the week as investors remained optimistic about the economic outlook despite the drag from inflation figures.

“We do believe that there’s still a fair amount of gas in the tank economically,” Giorgio Caputo, a portfolio manager at J. O. Hambro Capital Management, told the WSJ.