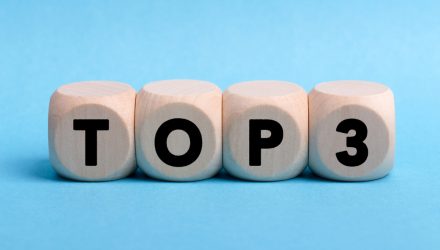 The S&P 500 EWI outperformed the S&P 500 by 2% during Q2, continuing equal weight’s trailing 12-month relative outperformance, with key performance contributors for equal weight in the second quarter being the underweight to communication services and the overweight to utilities, according to S&P Dow Jones Indices.

RCD, which has $301 million in assets under management, took in $34 million in June inflows, partially offsetting outflows seen earlier in the year, which now total $30 million in net outflows year-to-date, according to VettaFi.

RCD offers exposure to the consumer discretionary sector of the domestic economy, making it one option available to investors implementing sector rotation strategies or looking to tilt exposure towards a high beta industry, perhaps in anticipation of a bull market, according to VettaFi.

RYH, with $874 million in assets under management, saw $10 million in June inflows, bringing the total year to date inflows to $26 million, according to VettaFi.

RYH offers exposure to the domestic healthcare industry and it uses an alternative strategy to access this lucrative asset class. The fund follows the S&P 500 Equal Weighted Health Care Index, which offers more balanced exposure for the long-term investor since it has the added benefit of avoiding the potentially adverse impact of rallies or crashes in a specific sub-industry within healthcare.