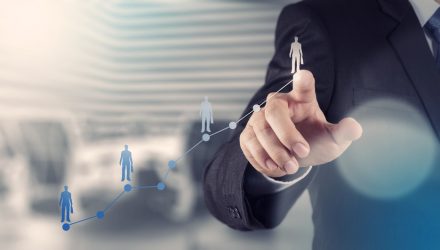 The Labor Department’s latest report showed that the U.S. economy added 531,000 jobs in October, more than the 450,000 jobs that economists expected, as COVID-19 infections over the summer subsided, the Wall Street Journal reports. Additionally, the ongoing worker shortages continued to fuel wage growth, with annual hourly earnings rising to 4.9%.

“Although (the data) bodes well for the recovery in the U.S., the rise in earnings year on year of 4.9% does highlight worries about wage inflation,” Susannah Streeter, senior investment and markets analyst at Hargreaves Lansdown, told Reuters. “But the numbers aren’t likely to be hot enough to blow the Federal Reserve off its course of gradually tapering its stimulus programme.”

The solid jobs report adds to speculation that the Federal Reserve will be justified in tapering its monthly bond purchasing program. Fed Chairman Jerome Powell has stated that developments in the labor market will be a key factor in directing the central bank’s interest rates outlook as well.

U.S. equities have hit a series of record highs in recent weeks, supported by a strong earnings season. About 82% of S&P 500 companies that have reported results also beat analysts’ earnings forecasts, according to FactSet data.

The markets also got a boost from Pfizer’s announcement of an experimental antiviral pill for COVID-19 that reduced the risk of developing severe disease by 89%.

“Still early to be definitive but this (pill) looks like a true game changer for many industries like leisure and transportation, you’re seeing it reflected in the prices,” Andre Bakhos, managing director at New Vines Capital LLC, told Reuters.