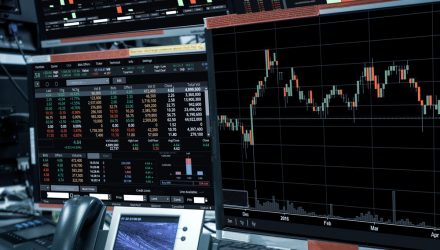 The S&P 500 EWI declined 3.7% in August, outperforming the S&P 500 by 0.6%. Key performance contributors for Equal Weight last month were the underweight to Communication Services and the overweight to Energy and Utilities, according to recent commentary from S&P Dow Jones Indices.

This momentum is continuing from a strong first half of the year, in which the S&P 500 EWI outperformed the S&P 500 by 2% during both the first and second quarters, according to the S&P Dow Jones Indices U.S. Equal Weight Sector Dashboard.

Looking at the trailing 12-month performance of the equal-weighted and cap-weighted indexes, equal weighting has outperformed in the Consumer Staples and Real Estate sectors over the longer time period.

Over the past 12 months, Energy was the leader in both the equal- and cap-weighted S&P 500. Energy was the top-performing sector for both indexes in August.