You are at:Home»Portfolio Strategies Channel»Is It Time To Buy Equities? Economic Indicators Show Inflation May Have Peaked 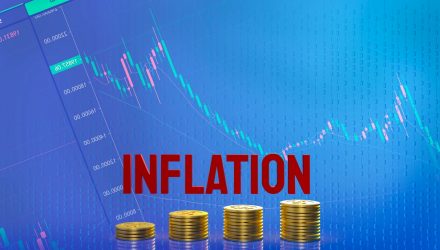 Is It Time To Buy Equities? Economic Indicators Show Inflation May Have Peaked

History suggests that signs of a peak in inflation can create a good backdrop for equities.

Markets don’t trade on whether conditions are good or bad, but rather on whether they are getting better or worse relative to expectations. Drawing parallels to the 1970s, which also experienced elevated inflation, a U.S. Federal Reserve that appears slow to respond, and a global conflict that’s exacerbating the problem, peak inflation in 1974 and 1980 were times when things were “bad” but soon to get “better” — and not the times to become long-term bears on stocks.

“Sure, markets didn’t move in a straight line. The economy even entered a recession in mid-1981, and there were many moments when it was feared that inflation was returning — but ultimately, long-term investors were rewarded,” Brian Levitt, global market strategist for Invesco, wrote in a recent insight.

It’s too soon to say today if inflation has peaked yet. April was the first month of the past eight months in which the year-over-year percent change in the Consumer Price Index was below that of the prior month, albeit barely and it was still worse than expectations, Levitt said.

Levitt said he sees a few reasons to take some solace: the bond market’s expectations of inflation have come down meaningfully in recent weeks, the Fed’s preferred measure of inflation (core personal consumption expenditure) has begun to roll over on a year-over-year basis, average hourly earnings have been slowing, M2 money supply growth has been plunging, and retailers have reported ballooning inventories.

Long-term investors looking to get back into equities may want to consider an equal-weight strategy, such as the Invesco S&P 500® Equal Weight ETF (RSP) or the Invesco ESG S&P 500 Equal Weight ETF (RSPE), which can provide diversification benefits and reduce concentration risk by weighting each constituent company equally so that a small group of companies does not have an outsized impact on the index.