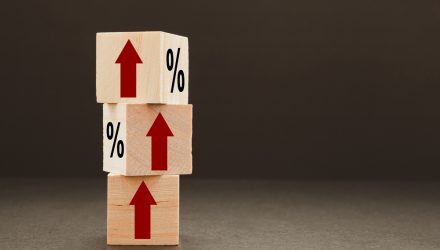 The July jobs report was far better than expected and showed more than half a million jobs created over the month, which economists point to as a troubling sign for the Federal Reserve’s attempt to tame inflation.

The red-hot report overall shows that the Fed’s four interest-rate increases this year have so far done little to tamp down rampant labor demand, Barron’s reported. Buried within the report are two data points that suggest the central bank is almost certainly going to have to get even more aggressive as the labor market looks poised to push inflation up over the long-term: rapidly rising wages and stagnant labor force participation, according to Barron’s.

Non-farm payrolls rose 528,000 for the month and the unemployment rate was 3.5%, easily topping the Dow Jones estimates of 258,000 and 3.6%, respectively. The unemployment rate is now back to its pre-pandemic level and tied for the lowest since 1969, CNBC reported.

Equal-weight indexes have historically outperformed their market cap-weighted peers, including during periods of rising inflation.

Equal-weight strategies such as the Invesco S&P 500® Equal Weight ETF (RSP), which tracks the S&P 500 Equal Weight Index, are favored for their diversification benefits, outperformance, and tilt towards value, but many investors are unaware that the increased exposure to smaller companies heightens volatility.

The S&P 500 Equal Weight Index has historically demonstrated about 15% more volatility than the market cap-weighted S&P 500 and has a down capture above one. However, challenging economic environments can act as a tailwind for the methodology.

Nick Kalivas, head of factor and core equity product strategy for Invesco, said in an interview with S&P Dow Jones Indices at Exchange: An ETF Experience that in times of inflation, equal-weight indexes tend to have a tailwind and tend to generate outperformance.

“Size and value have historically enjoyed periods of reflation in the economy,” Kalivas said. “If we look at the current rise in inflation, which kind of started in May of 2020 just as the pandemic kind of started to ebb, and look to where it is today, we’ve seen a big increase in inflation and equal weight indices have generated about 300 basis points of excess return relative to cap-weighted.”