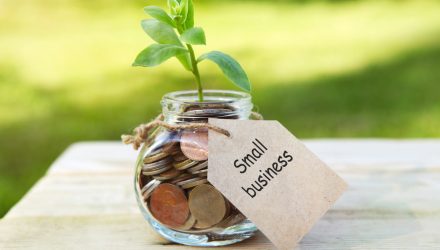 With many market observers keen on the 2023 prospects for small-cap stocks and the related exchange traded funds, now is an appropriate time for investors lacking related exposure to build shopping lists.

One point in EWSC’s favor heading into 2023 is that value is now into a second consecutive year of beating growth, and while EWSC isn’t a dedicated value ETF, the equal-weight methodology often leans into value more than growth.

“Value has outperformed growth by more than 20ppt over the past two years. Value can keep winning, as it did for most of the 20th century, as structural changes mean ‘higher lows’ for inflation and interest rates,” noted Bank of America research.

As is the case with some large-cap broad market equal-weight ETFs, EWSC has an enviable long-term track record. Over the past three years, the Invesco ETF is higher by 37.7% while the cap-weighted S&P SmallCap 600 is higher by 24%.

While past performance isn’t a guarantee of future returns and it remains to be seen just how durable the value resurgence is, small-cap value is one of the most potent factor combinations over the long term.

“The past two decades of large cap growth outperformance have been an anomaly. An investor who bought $100 of small cap value in 1926 would have over $36mn today, compared to just $0.8mn from a similar investment in large cap growth,” added Bank of America.

In recent months, small-caps are extending outperformance of large-caps, indicating that the former could prove durable even if the U.S. economy contracts next year. Specific to EWSC, the equal-weight small-cap ETF is higher by 4.2% over the past 90 days while the large-cap S&P 500 is up 2.8%.

“An impending recession would typically imply large cap growth outperformance. Our equity strategists have recently noted, however, that value and small caps remained resilient as the Fed battled inflation in the 1970s. Jill Hall notes that small caps are already discounting a deep recession and expects outperformance amid elevated inflation, capex resilience, reshoring, and services > goods spending,” according to Bank of America.