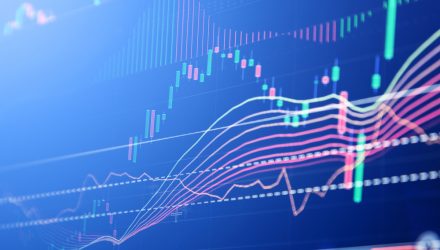 For many investors, that’s enough, but some want to know what makes the equal-weight methodology tick. One of the oft-cited reasons regarding equal-weight’s ability to beat cap-weighted strategies is the former’s value tendencies. With broader cap-weighted benchmarks, including the S&P 500, being somewhat pricey today, RSP’s value lean could be of potential benefit to investors.

Investors can start with the basics. Not surprisingly, calculating earnings multiples on a cap-weighted index is a much different endeavor than doing so on an equal-weight gauge, and that’s something to keep in mind.

“However, there is a significant difference between calculating P/E ratios using the market capitalization of stocks as weights, or equal-weighting stocks. Furthermore, there is a difference whether using the average or median for equal weight,” notes Nicolas Rabener of FactorResearch. “The largest companies within the S&P 500 are trading at more expensive valuations than smaller companies, which is reflected in the P/E multiple being the highest when using market capitalization as a weighting scheme.”

The S&P 500 currently trades at a P/E multiple above 30, which is “within the top 5% of the highest multiples since 1900,” adds Rabener. Conversely, the S&P 500 Equal Weight Index, RSP’s benchmark, trades at 28.2x earnings. That’s above the long-term median, but still a discount to the cap-weighted peer.

Earnings growth is another issue for investors to monitor. Indeed, S&P 500 earnings growth has been stellar this year, supported by coming off the low base set in 2020 and monetary stimulus, among other factors. However, the current level of earnings growth won’t last forever, and analysts are frequently off-base with earnings per share forecasts.

“The outlook for EPS growth of the S&P 500 is rosy with consistent growth. Unfortunately, these forecasts are almost certain to be incorrect as analysts tend to be overly optimistic given conflicts of interests (corporate management does not appreciate Sell recommendations and there are more buyers than sellers of stocks),” says Rabener.