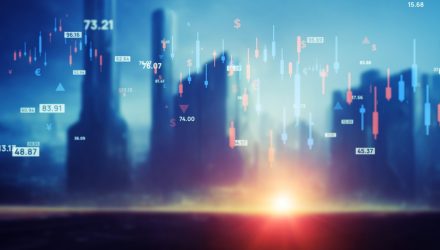 On Monday, VettaFi wrote that equal weight sector ETFs were better positioned to hold steady if Big Tech companies were to report disappointing third-quarter earnings. So far, they have.

An equal weight approach is particularly impactful for indexes comprising Big Tech companies, as they tend to dominate market cap-weighted indexes and have an outsized impact.

Microsoft, Apple, and Intel are the only Big Tech companies that fall into the S&P 500 Information Technology sector. Shares of Microsoft fell 8% after the company reported disappointing fourth-quarter guidance. Microsoft’s sales rose at their slowest rate in five years during the third quarter, as rising energy costs and a strong dollar ate into profits.

Apple and Intel both report third quarter earnings on Thursday.

From the beginning of the week through Wednesday, the Invesco S&P 500 Equal Weight Technology ETF (RYT) has increased 1.72% on a total return basis while the cap-weighted S&P 500 Information Technology index has declined 0.34%. 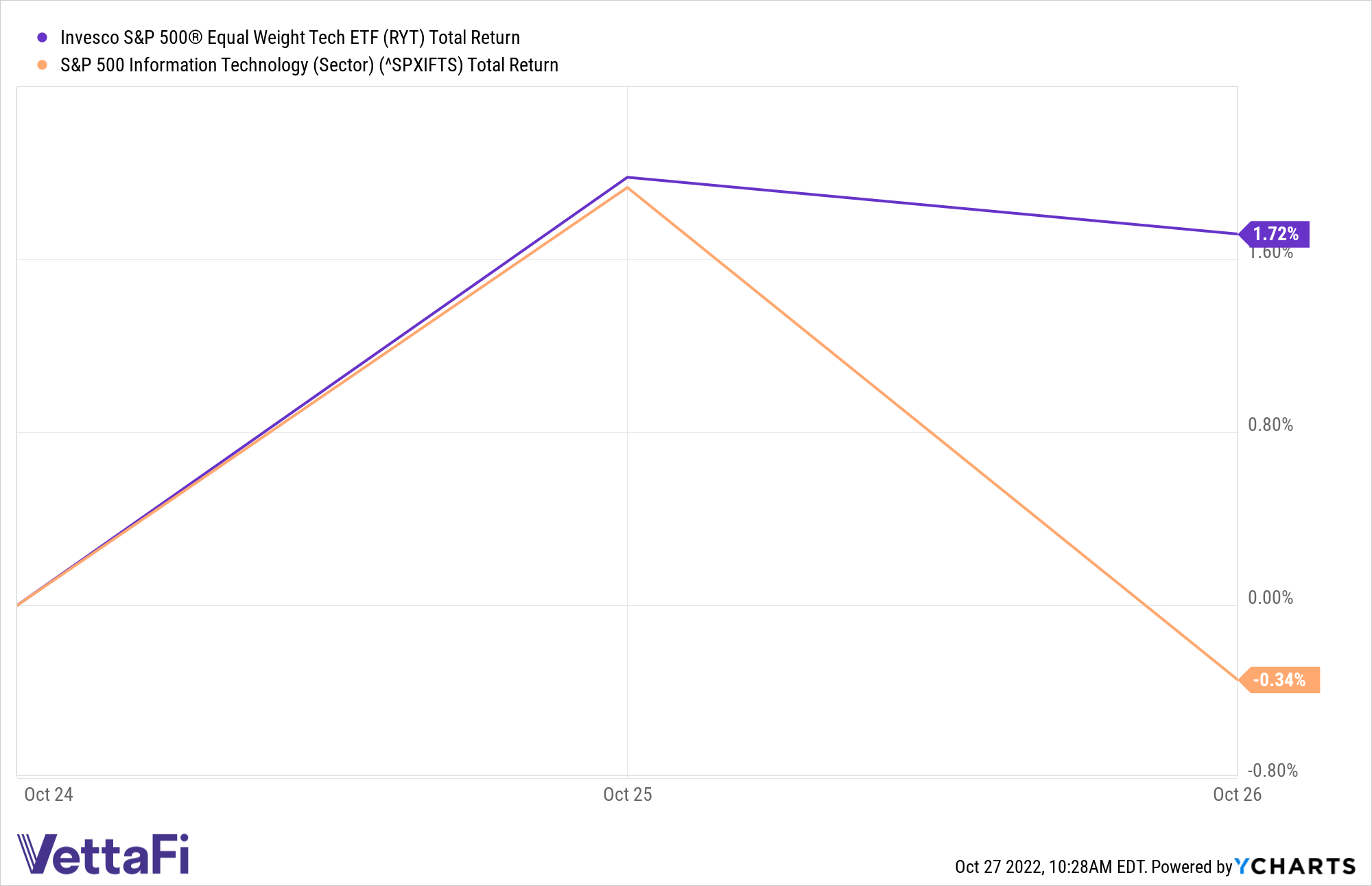 Google parent company Alphabet missed analyst expectations and said during its earnings call that growth in its core advertising business had slowed to its weakest point since 2013 (apart from a short period at the start of the pandemic), as companies slashed marketing budgets, The New York Times reported.

Meta was down 3.4% ahead of its own earnings release on Wednesday. While not captured in the graph below (graph is through Wednesday), Meta continued to decline, plunging more than 22% on Thursday morning, following the company’s reports that its revenue declined last quarter.

Between Monday and Wednesday, the S&P 500 Communication Services sector had declined 2.49% while EWCO had increased 1.65%. 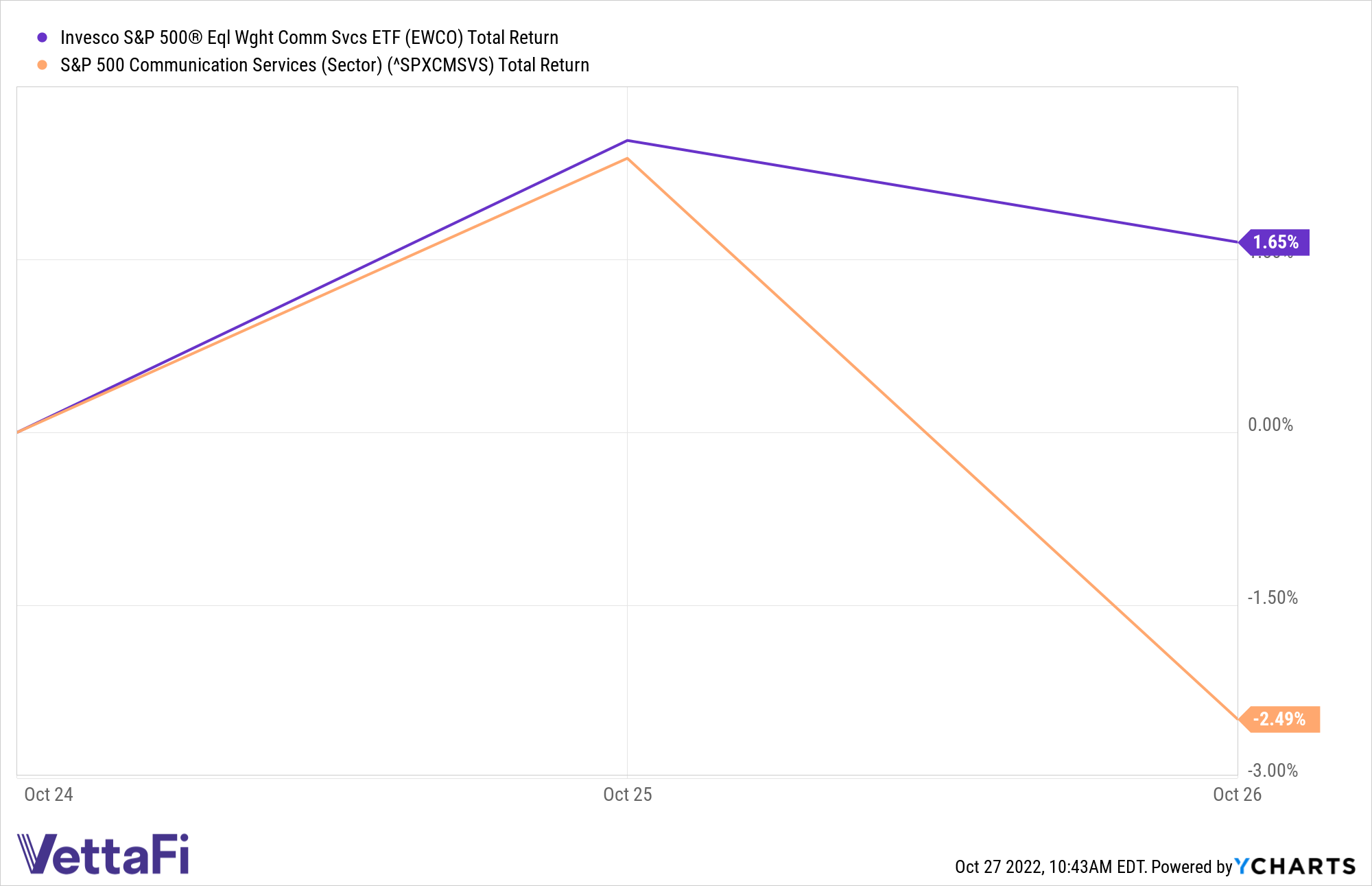 Finally, Amazon, which reports earnings on Thursday, can be found in the S&P 500 Equal Weight Consumer Discretionary sector. 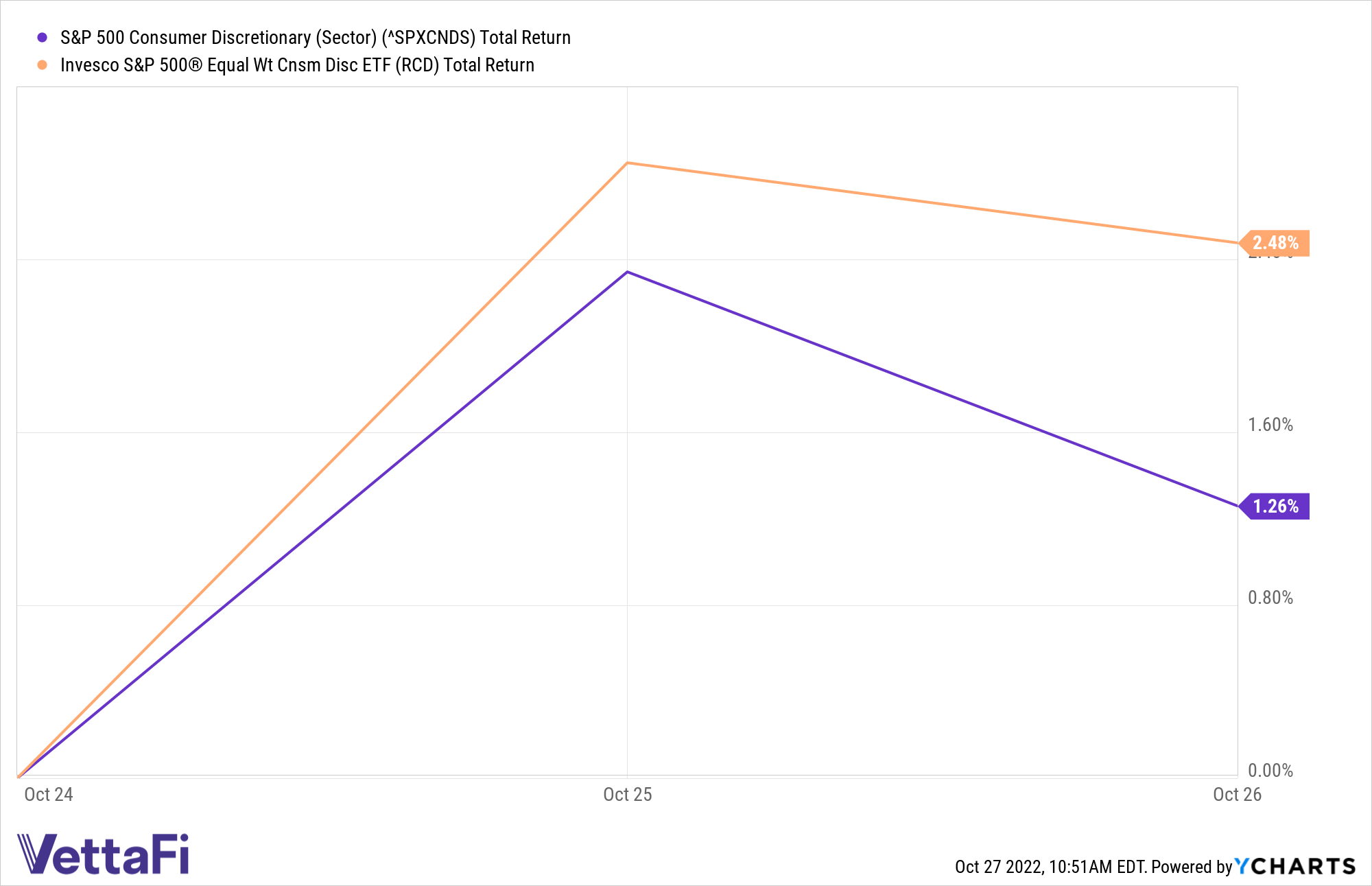