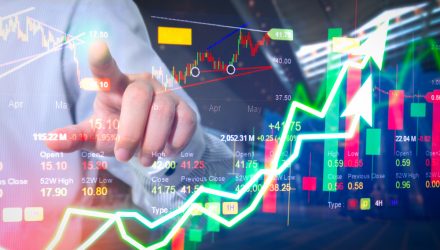 The S&P 500 EWI increased 9.80% in October, outperforming the S&P 500 by 2% during the month. Key performance contributors for equal weight last month were the underweight to the communication services and information technology sectors, according to recent commentary from S&P Dow Jones Indices.

Equal weight has outperformed in the first three quarters of this year, with equal weight’s trailing 12-month relative outperformance climbing to 5% as of the end of October. Year to date, the S&P 500 EWI has declined 12.91% compared to the 17.70% decline of the S&P 500.

Looking at the trailing 12-month performance of the equal-weighted and cap-weighted indexes, equal weighting has outperformed in the financials and materials sectors over the longer period.

Energy was the top-performing sector in October for both equal and cap-weighted and over the past 12 months.