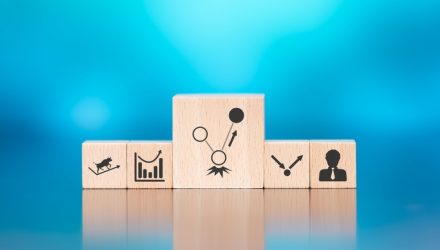 Equal Weight Could Be Way to Position for Small-Cap Rebound

With large-caps being taken to task, it’s not surprising that the punishment is just as bad or, in some cases, worse for smaller stocks.

For example, the S&P SmallCap 600 Index and the Russell 2000 Index are down 16.86% and 22.41%, respectively, year-to-date. Indeed, these are treacherous times for small-caps, but risk-tolerant investors looking to add a small-cap exchange traded fund to their watch lists may want to consider the Invesco S&P SmallCap 600 Equal Weight ETF (EWSC).

EWSC, which follows the S&P SmallCap 600® Equal Weight Index, could be worth observing as stocks decline because broader market weakness is prompting lower valuations on small-cap fare.

Small-caps have typically traded at higher multiples relative to large-caps. That said, small-cap value has long been a potent factor combination, and that’s something to consider with EWSC because, as is often mentioned, equal-weight strategies often lean more into the value factor than cap-weighted broader market funds.

“We encourage long-term investors interested in small-cap stocks today to favor significantly underpriced stocks of small companies with economic moats. Generally, such companies have built structural barriers that protect them from competition—and those that are undervalued should hold up better on the downside,” adds Dziubinski.

While EWSC isn’t a value ETF in the purest sense of the term, the fund isn’t heavily allocated to growth sectors, such as communication services and technology, which are plaguing the market this year. Said another way, EWSC is underweight on momentum, and these days, that’s a good thing.

“Momentum is the premise that stocks that have recently outperformed will continue to do so. With low momentum exposure, the portfolio is holding stocks that managers believe to be undervalue,” according to Morningstar.

Another point to ponder when small-caps get their groove back is that EWSC offers the potential for outperformance. Over the past three years, the equal-weight ETF, though slightly more volatile than cap-weighted rivals, is beating the largest cap-weighted Russell 2000 and S&P SmallCap 600 ETFs by wide enough margins that the slightly higher volatility on EWSC could be worth the cost of admission.