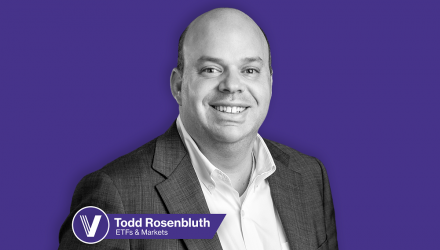 Earnings Season Can Be Confusing for Advisors

Last week was a big week for tech earnings, with many of the largest U.S. companies reporting second quarter results and in some cases offering guidance for what’s ahead in the second half. Advisors who have embraced ETFs benefit from diversification that reduces the impact if one company misses (or exceeds) expectations.

However, some of the largest sector ETFs are market cap-weighted and are heavily weighted to a couple of companies. The confusing part is that while “tech company” is the phrase often used to describe Alphabet, Amazon, Apple, Meta Platforms, Microsoft, Tesla, and others, only a handful are actually owned by ETFs with technology in the name.

In 1999, MSCI and S&P Dow Jones Indices developed the Global Industry Classification Standard (GICS), seeking to offer an efficient investment tool to capture the breadth, depth, and evolution of industry sectors. The majority of assets in single-sector ETFs track indexes from either MSCI (Vanguard and Fidelity) or S&P Dow Jones Indices (State Street Global Advisors and Invesco) that follow the GICS framework, but sector ETFs from some (iShares) track indexes from FTSE Russell, which uses a unique Industry Classification Benchmark (ICB) approach that launched in 2005. In all of these ETFs, a company is only in one sector, not multiple ones, but perhaps not always the one that you would think.

Below is a cheat sheet, since this can be confusing.

The impact of these unique portfolios can be seen when looking at performance. Focusing initially on technology-named ETFs, RYT and XLK contracted less than IYW year-to-date through July 27 (19% each vs. 24%).

Meanwhile, among communications services/telecommunications ETFs, IYZ was down 20%, a significantly narrower loss than VOX’s 27%. But EWCO held up even better, down just 19%.

With sector investing, the devil is in the details, and no two ETFs are the same. So before celebrating or worrying about earnings season, make sure you know what you own for your clients.