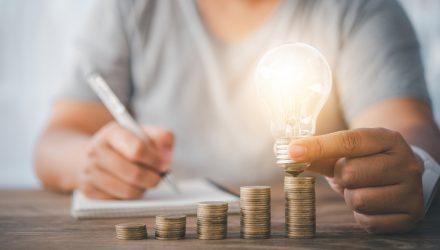 The energy sector isn’t just the best-performing sector in the S&P 500 this year after accomplishing that feat in 2021. It’s also the largest source of earnings and revenue growth, based on percentages, in the benchmark domestic equity gauge. If not for energy, third quarter earnings growth for the S&P 500 would be rather forgettable, according to various forecasts. That’s gloomy news for a variety of sector exchange traded funds, but it’s positive for the Invesco S&P 500 Equal Weight Energy ETF (RYE).

Unlike its cap-weighted rivals, RYE isn’t excessively allocated to Exxon and Chevron. While cap-weighted funds in this category can sport combined allocations of 40% and more to those two stocks, RYE devotes about 9% of its roster to that pair of oil giants.

The diversification offered by RYE isn’t derailing the ETF’s performance in 2022 — quite the contrary, as highlighted by a year-to-date gain of more than 61%. All that while energy is trouncing previously beloved growth sectors, including tech.

“Energy’s performance this year compares with a nearly 20% decline in the broader market. The energy sector’s price gains haven’t done much to offset the hefty drops in sectors with higher weights, including tech. Tech is down 34.13% because it represents only 4.6% of the Morningstar US Market Index,” according to Ward.

With oil and natural gas prices rising and little sign of that relenting over the near term, earnings growth and quality is improving among RYE components, indicating that the ETF could be the source of some impressive fourth quarter earnings reports as well.

“The energy sector, with its earnings gains of $33 billion from the year-ago period, has been the largest contributor to earnings growth in the S&P 500 for the second straight quarter. It is also expected to be the largest contributor to earnings growth for the index for the full year, which is estimated to be up 6.1%. Excluding energy, the S&P 500 is expected to show a 0.06% decline in earnings,” concluded Ward.