You are at:Home»Featured»Play the Rise of International Unicorns With This ETF 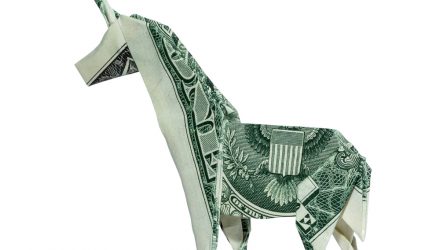 Play the Rise of International Unicorns With This ETF

Investors in the U.S. are familiar with the term “unicorn.” It’s applied to startup companies valued at $1 billion or more.

Usually, these firms hail from high-octane sectors and industries, such as technology, consumer internet, fintech, and the like. That’s exciting stuff for many market participants, but investors shouldn’t focus solely on U.S. unicorns because they might miss out on opportunities in other regions, including emerging markets.

Some developing markets are home to increasingly vibrant unicorn scenes and, over time, that could benefit exchange traded funds like the Next Frontier Internet & Ecommerce ETF (FMQQ). The newly minted FMQQ tracks the FMQQ The Next Frontier Internet & Ecommerce Index, and despite its rookie status, it’s arguably one of the ETFs best positioned to capitalize on a growing unicorn movement in developing economies.

“The number of ‘unicorns’ – high-tech, high-growth entrepreneurial ventures valued at more than $1 billion – is increasing in emerging-market nations such as China, Brazil and Colombia,” reports The Cornell Chronicle. “As the name suggests, these unicorns are rare: There are fewer than 500 such companies in the world and nearly half are based in the U.S. But emerging-market behemoth China is home to around 40%, and their numbers are rising in Latin America, too.”

FMQQ allocates about a quarter of its weight to Latin American stocks, led by a 15.61% weight to Brazil, the region’s largest economy. Brazil is also home to one of the more impressive emerging markets ex-Asia unicorn scenes. One of the premier Latin American former unicorns is MercadoLibre (NASDAQ:MELI), which is FMQQ’s third-largest holding at a weight of 7.24%.

“A good example is Argentina-based MercadoLibre, the most popular e-commerce site in Latin America. In 2007, eight years after its founding, it became the first tech company from Latin America to be listed on NASDAQ. In 2018, MercadoLibre reported $1.8 billion in revenue and more than $30 billion in market capitalization,” according to The Cornell Chronicle.

Looking outside of Latin America, India — 13.39% of FMQQ’s weight — has become a prime unicorn destination in its own right. In fact, many of the country’s tech and internet startups are close to going public, which could lead to a raft of new potential additions for ETFs like FMQQ in the future.