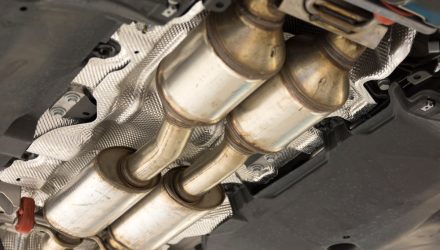 Mining executives and industry analysts argued that increased efforts around the world to cut down on carbon-dioxide emissions are strengthening demand for the metals from the car industry, the Wall Street Journal reports.

However, as development in hydrogen-fuel-cell technology advances, this segment of the new energy industry could increase demand for platinum, which can withstand higher temperatures than other metals. A fuel cell requires platinum as a catalyst to separate hydrogen into protons and electrons. The resulting reaction generates an electrical current, an alternative to traditional battery-powered vehicles. While the technology remains in its nascent stages and is still relatively expensive, hydrogen fuel cells are expected to be an important part of efforts to diminish global carbon emissions.

“We feel quite excited about the potential of the hydrogen economy,” Natascha Viljoen, chief executive of Anglo American Platinum Ltd., the world’s No. 1 platinum refiner by volume, told the WSJ. “We do see quite significant support from government and private sector.”

For example, China, the world’s largest purveyor of fuel-cell buses and trucks, plans to spend $2.5 billion in 10 cities over the next four years on hydrogen-fuel-cell technology and related policies.

“Investors are just jumping on climate change—anything clean tech or green power has been running really hard since the routs during the pandemic,” Adrian Hammond, mining analyst at SBG Securities, the independent brokering division of South Africa’s Standard Bank, told the WSJ.

Investors who are interested in gaining exposure to the platinum market can consider precious metals ETFs that are physically backed by the hard assets stored in vaults, such as the Aberdeen Standard Platinum Shares ETF (NYSEArca: PPLT) and the GraniteShares Platinum Trust (PLTM).