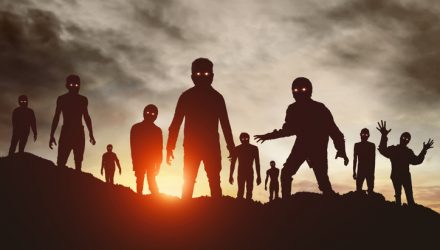 Last week, Invesco (IVZ) announced it was closing 42 ETFs and will merge an additional 27 into existing ETFs, with the last trading day for these 69 investment products being Feb 14, 2020. In addition, the investment strategy is changing for four additional ETFs.

Known by some as “Zombie ETFs,” this year will mark the highest number of liquidations since the ETF popularity blossomed in the mid-2000s. The number of funds Invesco closed in the first 6 months of 2019 and the number of closures announced last week are almost 2 1/2 times the total number of funds closed in 2008 and 2009, at the height of the last financial crisis.

Low trading volume combined with low assets under management could create a “Zombie ETF.” According to a July 2019 article in Investment News, the culprit in the wave of ETF closures is one of simple economics. With the trend towards very low, or no, fee investments, coupled with the transparency of such, and investors rightfully focusing on investment cost issues, high cost and low volume ETFs are vulnerable to the accountant’s ax. It is a basic law of Economics 101 – during times of profit compression, weaker players fall by the wayside.

Known as the Salt truBeta US Market Fund (LSLT), the ETF has a Morningstar style box of Large Cap Value, with 55% of assets in the Consumer Defensive, Real Estate, and Utility sectors, and a portfolio comprising of 99 positions. With assets currently just shy of $10 million and most financial advisers preferring ETFs with assets in excess of $100 million, it is not difficult to visualize the intended prospect of the promotion – retail DIY investors.