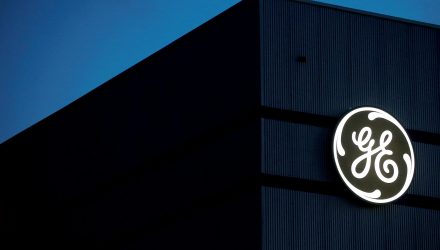 The sale comes as GE CEO Larry Culp is looking to take the company out of its worst slump in its 127-year history. GE has experienced an unceremonious fall from grace since its days when its market value was close to $600 billion in August 2000.

However, its value has nosedived, particularly after the financial crisis in 2009, but has come back to as much as $300 billion by December 2015. GE is struggling to recapture investor confidence since January 2017 when its shares were trading at about $31 per share.

Shares of GE surged 8 percent on Monday to $11 per share following news of the sale.

“Sale of biopharma a positive,” Credit Suisse said in a note. “Under CEO Culp, GE has been accelerating its strategy to strengthen and deleverage the balance sheet.”

PILL seeks 300% of the daily performance of the Dynamic Pharmaceutical Intellidex Index, which consists of common shares of companies that are principally engaged in research, development, manufacture, sale or distribution of pharmaceuticals and drugs of all types. In the year-to-date chart, PILL has made a move above its 50-day moving average since mid-May and the success of PI could largely depend on whether government intervenes to cut drug prices.

“This news meaningfully accelerates our deleveraging plan,” Culp said. “You can see the tide beginning to turn where we can really focus on a little less defense, a little more offense.”