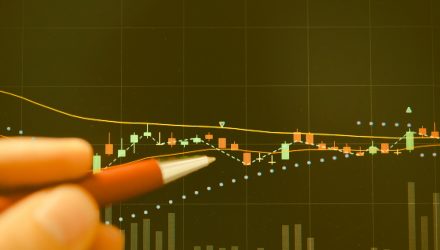 PayPal’s fourth quarter results showed earnings per share of $1.11, ex-items, or lower than expectations of $1.12, CNBC reports. The financial technology company, though, beat on revenue estimates, showing $6.92 billion compared to the $6.87 billion expected.

However, the company provided a weak outlook, which sent shares plunging on Wednesday. Shares were at their lowest opening since May 2020 after PayPal listed out a number of factors weighing on its performance, such as high inflation, the end of stimulus checks, and the impact of the ongoing supply chain issues on cross-border volumes, Reuters reports.

Consequently, at least 11 analysts downwardly revised their price targets on the stock, with BTIG downgrading its recommendation to “neutral” from “buy.”

The company also revealed that its operating agreement with eBay, its former parent, ended, and the online marketplace’s transition to its own payments system could impact transactions.

CEO Dan Schulman said on a conference call with analysts that eBay’s shift could put $600 million of revenue in question for the first half of the year.

Looking ahead, PayPal only estimated a 6% rise in revenue for the current quarter, compared to the 11.7% growth previously projected by analysts, according to IBES data from Refinitiv.

“We think that modestly weaker-than-expected results of the past couple of quarters are largely attributable primarily to uneven/disappointing eCommerce growth,” Morgan Stanley analysts wrote in a note.