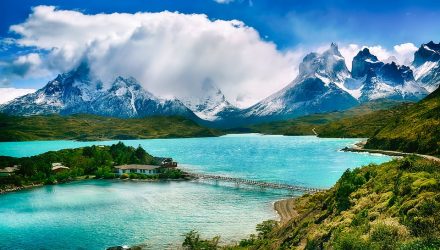 One Latin American ETF to Keep an Eye on

When it comes to identifying ETF opportunities within the Latin Americas, most investors will have an innate predilection to target the countries with the largest GDPs–Brazil, Mexico and Argentina, but one country that can’t be overlooked is Chile and its corresponding ETF–iShares MSCI Chile Capped ETF (BATS: ECH).

ECH tracks the investment results of the MSCI Chile IMI 25/50 Index–a free float-adjusted market capitalization index designed to measure broad-based equity market performance in Chile. Technical and economic factors will weigh heavily on how this ETF will perform in the upcoming months, but if positive circumstances continue to fall in its favor, ECH could get the attention it may deserve.

Based on Yahoo! Finance performance figures, ECH is down 10.03% year-to-date, but up 12.73% the past 12 months and 8.61% the past three years. Despite being in the red YTD, the gap between its 50-day moving average and price is starting to narrow–a possible sign that it could break through its average and make a run back into the green before the end of 2018.

Per a report from Reuters, the Chilean government has upped the ante on its economic growth projections for 2018 with a forecast of 3.8% versus a previous forecast of 3.0%. Chile’s government cited increased domestic demand, sloughing off long-term impacts of trade wars between the United States and China.

Chilean economist Felipe Larrain recently told the Chilean parliament and senate’s budgetary committee that he is forecasting an increase in inflation to 2.9% this year versus initial forecasts of 2.8%. Furthermore, domestic demand is up 4.8% as opposed to a previous 4.1%.