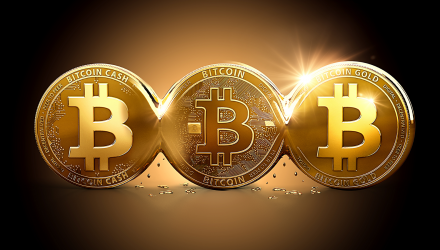 As has been widely documented, bitcoin prices are tumbling, though the price of 1 BTC had rebounded to above $9,000 on Tuesday afternoon.

The largest digital currency has shed nearly 60% of its value since December, more than enough to meet the standard definition of a bear market and enough to spark concerns that altcoins could face more downside.

Some market observers have even compared the current bitcoin bear market to the Nasdaq’s dot-com crash earlier this century. However, the cryptocurrency still has devoted followers and bulls, some of which believe the bear market is nearing its end. But that does not mean another epic rally is imminent.

“The bear market for smaller cryptocurrencies known as alt-coins is over, according to Fundstrat Global Advisors LLC. But don’t expect the rally to resume just yet,” reports Bloomberg. “The firm’s measure of alt-coins shows a 75 percent decline in the group over the past 64 days. The rout comes after a 62-day rally pushed them to unprecedented heights. Based on the trajectories of three previous alt-coin bear markets, where the selloffs lasted roughly as long as the surges that preceded them, Fundstrat says the likelihood that the current drop has ended is high.”

Is the Alt Coin Selloff Over?

“While the bulk of the decline is over, a bull market for the coins, which include tokens such as Eos and Dash, isn’t necessarily underway, strategists including Thomas Lee, Robert Sluymer and Sam Doctor wrote in a note to investors Tuesday.” according to Bloomberg. “In prior cycles, alt-coins go through ‘purgatories,’ or periods of consolidation, that last 70 to 231 days, the report said. Until then, investors should stay in larger cryptocurrencies, like Bitcoin, according to Fundstrat.”

After bitcoin, the largest cryptocurrencies are Ethereum, Ripple, Bitcoin Cash and Litecoin. Bitcoin futures debuted on the Cboe in December, followed by a launch on the CME. Nasdaq Inc. is still considering entering the bitcoin futures competition.