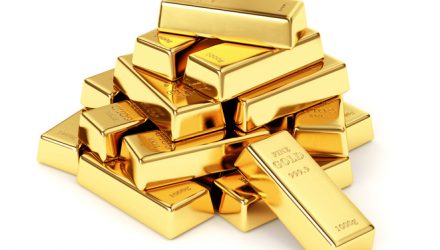 Gold ETFs have regained their luster this year as a number of uncertainties popped up, but these risk-off events are only part of the ongoing gold story.

On the recent webcast (available on demand for CE Credit), An In-Depth Look Into Gold’s Resurgence and its Sustainability, Juan Carlos Artigas, Director of Investment Research at the World Gold Council, pointed out that gold has been performing on par with U.S. equities and outpaced major bond indices.

“Drivers of gold in the short and medium term include the performance currencies, like the dollar, investor expectations of monetary policy, inflation, the overall level of uncertainty and, of course, momentum, or the positive feedback loop whereby raising prices result in stronger inflows and vice versa – often times through derivatives markets,” Artigas said.

Gold’s performance this year has not been a one-off event. Since the 1970s, gold has returned an average 10% per year, comparable to the S&P 500 average price performance. Over the past 10 to 20 years, gold has also held up, supported by important structural changes in the market, like the economic expansion of emerging markets, increased use of gold as part of foreign reserves by central banks and the rising popularity of gold-backed ETFs. 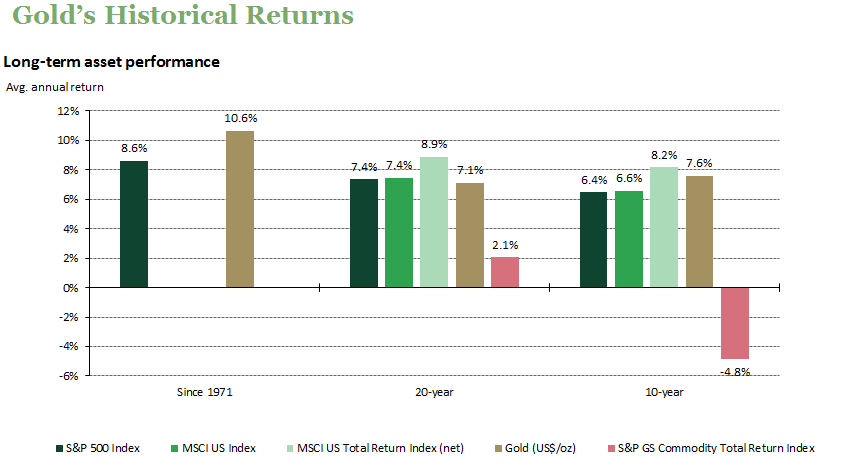 “The reason gold has delivered such strong returns is that over the long run, it’s not only driven by uncertainty level or flight to quality periods, but also by the positive effect that rising incomes have both on the jewellery and technology demand for gold, but also in the form of long-term savings,” Artigas said.

George Milling–Stanley, Head of Gold Strategy at State Street Global Advisors, currently attributes the favorable position gold is enjoying to the general environment of uncertainty around the world, both geopolitical and macroeconomic.

“Gold always tends to thrive in an atmosphere of uncertainty,” Milling–Stanley said.

Click here to watch the Gold Webcast On Demand

On a more fundamental basis, the worldwide trend of lower interest rates has also been supportive of gold as an alternative asset that has helped maintained purchasing power. While the Federal Reserve has voiced its determination for tightening its monetary policy, Milling–Stanley argued that the U.S. will remain in a low or negative real interest rate territory for the foreseeable future. Meanwhile, in the rest of the world, negative nominal rates will prevail. Consequently, a zero yielding gold may continue to trump negative yields.