You are at:Home»Equity ETFs»Oil Services Rebound Despite Retreating Crude Prices 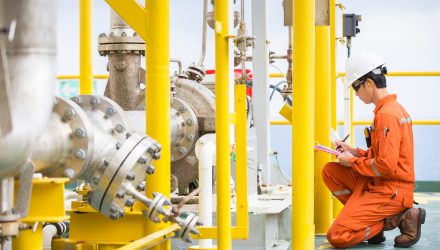 “The divergence from the large inventory decline reported by the API makes the report appear more negative than it actually was,” John Kilduff, a partner at Again Capital Management, told Reuters. “The rebound in gasoline demand was notable, and should stay strong, now, into year-end, during the holiday shopping season.”

Furthermore, oil traders were optimistic after Libya declared force majeure on exports from its largest oilfield after tribesmen and state security guards stormed the facility. The sudden supply disruption follows in the heels of last week’s decision from the Organization of Petroleum Exporting Countries and its allies including Russia to cut supply by 1.2 million barrels per day.

“The OPEC+ deal from last week will allow more of a bullish position to be taken up by some market participants from this point,” analysts at JBC Energy said in a report. “The crude picture at least looks somewhat firmer for the next six months than it did previously.”