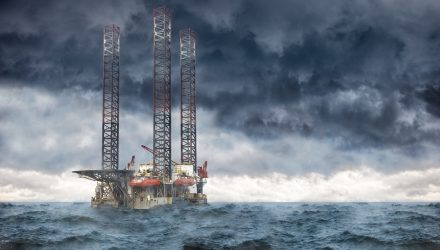 Oil markets fell slightly on Wednesday as Tropical Storm Gordon made landfall the evening prior.

The United States Oil Fund (NYSEArca: USO) is down over 2% at 4:15 pm Eastern from its peak Tuesday, reflecting easing concerns over potential supply constraints. For context, the ETF was up almost 9% in the second half of August as hurricane season approached.

As CNBC reports, Tropical Storm Gordon-related production shutdowns were only 9% of total production, and the milder-than-expected damage from the storm so far is good news for the 50% of US refining capacity located across the Gulf Coast.