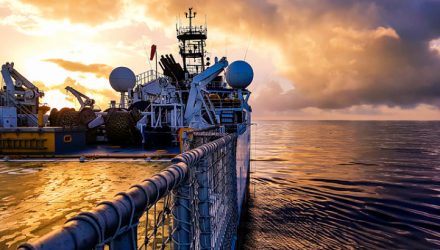 The United States Oil Fund (NYSEArca:USO), which tracks West Texas Intermediate crude oil futures, is showing it has a pulse. USO, the most heavily traded oil exchange traded product in the U.S., is up 7.7% over the past week, giving some oil market observers reason to believe the second half of 2017 will have better things in store for oil.

Still, USO is off almost 18% year-to-date and the energy sector is the worst-performing group in the S&P 500 this year.

“Crude oil prices fell about 14 percent this year through Friday’s close, as an effort led by OPEC to drain huge global stockpiles disappointed the market. Some analysts see the potential for further declines, but a number of them told CNBC oil prices are more likely to rise than fall if they break out of a range,” reports CNBC.

Investors interested in gaining exposure to the crude oil market can take a look at the recently launched ETFS Bloomberg Energy Commodity Longer Dated Strategy K-1 Free ETF (NYSEArca:BEF). BEF tries to provide long-term capital appreciation designed to exceed the performance of the Bloomberg Energy Index 3 Month Forward Index, which tracks movements in the prices of rolling positions in a basket of energy commodity futures with a maturity between 4 and 6 months.