You are at:Home»Alternative ETFs»Oil ETFs: Worse, Not Better, as OPEC Cuts Back 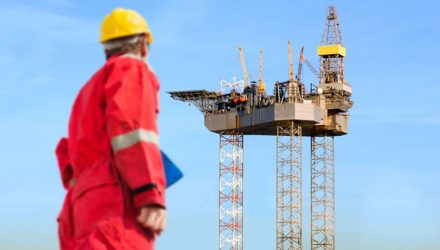 Oil ETFs: Worse, Not Better, as OPEC Cuts Back

In an interview with CNBC, Paul Ciana of Bank of America Merrill Lynch offered up some interesting views for oil, including that “the crude crush could actually be signaling a rally in the bond market. A note released by BofAML on Tuesday, titled “Bonds smile as oil cries,” remarked on the inverse moves between crude and bonds that has been occurring over the past years. According to Ciana, the inverse relationship is playing out once again “on an even larger scale,” meaning that if crude continues to fall, bonds could soar even higher.”

“With Tuesday’s drop, oil prices have now sunk 19 percent year to date, largely thanks to supply issues related to OPEC and non-OPEC countries. Ciana does see $45.50 being a key level to reach and hold for oil, meaning that the commodity would need to rally 4 percent for some of the concerns to subside,” according to CNBC.