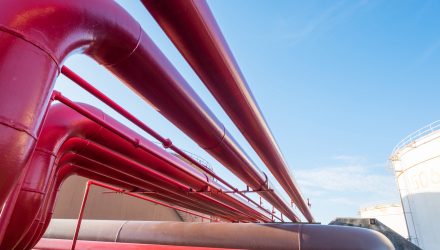 Crude oil and related ETFs continued to fall deeper into bear market territory Tuesday as traders shunned anything with a hint of risk.

Crude oil prices extended their rout Tuesday, falling below the one-year low of $55 per barrel that was reached last week on concerns over increased global oil supplies, along with slowing demand due to a weaker global economy.

Oil traders may also be following the risk-off sentiment in the broader market as equities continued to weaken.