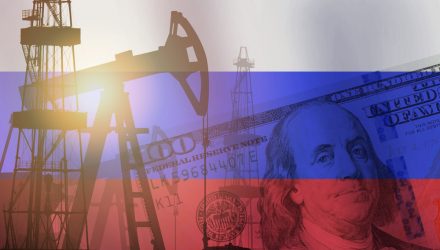 Oil prices have spiked since Russia’s invasion of Ukraine and subsequent Western sanctions that tried to isolate the Russian economy. The U.S. was the first to halt imports of Russian oil, and the E.U. has been holding out until now.

“Inventories are so tight, so against this backdrop, when you’re talking about this ban, there are many questions on how (Europe) is going to make up for this,” Phil Flynn, senior analyst at Price Futures Group, told Bloomberg.

The E.U. is more reliant on Russian energy, and many members have not backed a full ban. Europe imports some 3.5 million barrels of Russian oil and oil products daily and also depends on Moscow’s natural gas supplies, Bloomberg reports.

“This will be a complete import ban on all Russian oil, seaborne and pipeline, crude and refined,” European Commission President Ursula von der Leyen said.

The ban on Russian energy imports also comes as Moscow intensifies an offensive in eastern Ukraine, and Belarus, a close Russian ally, announced a large-scale army drill that some warned could be a mobilization ahead of an assault.

While several eastern EU members want more time to adjust to life without Russian energy imports, a source said EU envoys could make a deal on Thursday or later this week, Reuters reports. The plans could also target Russia’s top bank, its broadcasters, hundreds more individuals, and the energy sector.