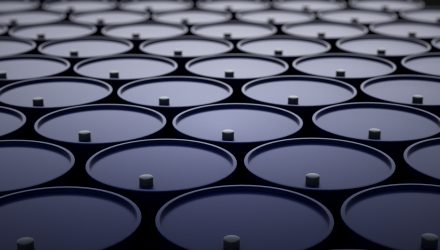 Crude oil prices and commodity-related exchange traded funds popped Wednesday after the U.S. benchmark hit a 18-month low on Monday as traders looked back into a potentially oversold market.

Meanwhile, WTI crude oil futures rose 7.1% to $45.5 per barrel and Brent crude was up 6.5% to $53.7 per barrel on Wednesday. Crude oil prices have declined over 40% from the early October highs as concerns on the global supply glut dragged on prices.

Crude was also caught up on the general risk-off market sentiment as the U.S. government shutdown, rising interest rates and the trade war between the U.S. and China rocked the markets and exacerbated concerns over global growth.

“I think there is a little bit of over-extension to the downside linked to global market fears,” Olivier Jakob, analyst at Petromatrix, told Reuters.