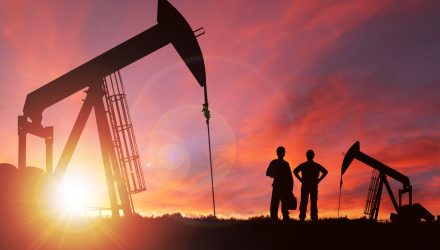 “Oil prices will remain relatively high for the rest of 2018 due to ongoing geopolitical tensions and strong demand, and despite indications from Saudi Arabia and Russia that they may start to increase production,” said Fitch Ratings.

While the U.S. is pumping at all-time highs, OPEC kingpin Saudi Arabia and Russia, the largest non-OPEC producer, may look to ramp up output to exploit higher prices and to fill some of the void created by plunging production in Venezuela.

Foreign markets remain pivotal in the oil demand equation. China is the biggest importer of crude oil, burning through 9.6 million barrels per day in April, or almost 10% of the global total. Chinese oil imports total $768 million per day, $23 billion per month or $280 billion a year.

“We have raised our Brent and WTI oil price assumptions for 2018 and 2019. Now we assume Brent will average USD70/bbl in 2018 and USD65 in 2019, compared to the previous assumption of USD57.5 in both years. The revision reflects high year-to-date prices, Venezuela’s production decline, continued geopolitical tensions, including the renewal of US oil sanctions on Iran, and strong demand growth,” according to Fitch.

It is a long way off, but Fitch is forecasting prices of around $60 per barrel in 2020.