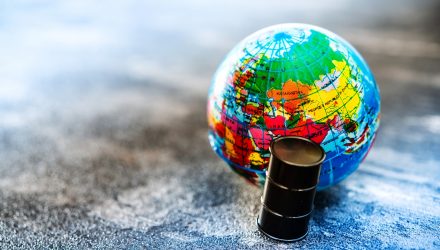 Oil ETFs Continue to Fall Off on Rising Supply Concerns

“Today is going to be a market of very thin liquidity and we don’t have strong convictions in such market conditions. Brent has managed to break 55.00 $/bbl at the end of last week, the short-term momentum is negative,” Petromatrix strategist Olivier Jakob told Reuters.

More Than 40% Off October Highs

The cartel has tried to reassure the market that they will maintain their supply targets, but investors have shown doubts over OPEC’s plan to balance the market, especially as the weakening markets fuel fears of a global recession that could further cut down on demand. Furthermore, some analysts are concerned over OPEC’s ability to coordinate oil policy independently of the U.S. as American shale oil becomes a big global player.

“Oil ministers are already taking to the airwaves with a ‘price stability at all cost’ mantra,” Stephen Innes, head of trading for Asia-Pacific at futures brokerage Oanda, told Reuters.