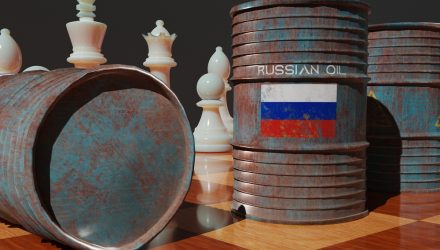 Oil prices jumped ahead of talks this week between the European Union officials and U.S. President Joe Biden that will center around the West’s collective response to Russia’s invasion of Ukraine, Reuters reports.

The EU governments will consider whether to execute an oil embargo on Russia, which spooked markets and contributed to the rally in crude prices.

The Russia-Ukraine war did not appear to be ending any time soon, with many projecting a long drawn-out war of attrition. Consequently, the markets are now adapting to the outlook for extended sanctions and what it would look like to replace Russian oil from the global markets.

“Optimism is seeping away about progress in talks to achieve a ceasefire in Ukraine and that’s sent the price of oil on the march upwards,” Susannah Streeter, senior markets analyst at UK-based asset manager Hargreaves Lansdown, told Reuters.

“With the possibility that more than a million barrels of Russian oil a day will be snubbed, given that the Netherlands and Germany combined received around a quarter of Russia’s crude and light oil exports, demand would shoot up for crude supplies from OPEC+ nations,” Streeter added.

Meanwhile, supply disruptions among the Organization of Petroleum Exporting Countries also added to the market volatility. Over the weekend, Yemen’s Iran-aligned Houthi group triggered a temporary dip in output at a Saudi Aramco refinery in Yanbu.

Additionally, according to the latest report from OPEC and allies including Russia, or what is known as OPEC+, some producers are still short of their agreed supply quotas.