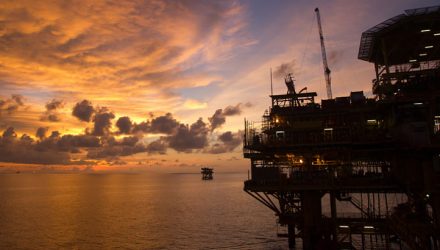 Even with that tumble, investors continue allocating capital to the downtrodden USO. While the Organization of Petroleum Exporting Countries have moved to cut production, expectations of continued U.S. shale production remain a deterring factor.

“The ETF, which holds futures contracts on WTI crude, has become an unlikely magnet for investor cash whenever the price of oil crashes,” reports Carolina Wilson for Bloomberg. “Take the week ended March 10, when crude fell 9 percent and the fund, symbol USO, took in $80 million. Or the first week of November, when a barrel of WTI lost more than $4 — investors still poured money into the fund.”