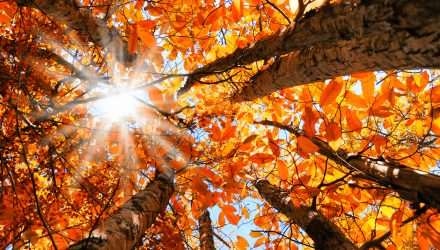 October’s Volatility a Reminder that Seasonal Strategy is Worth Considering

The decade-long bull run was one for the ages, but the Pacer CFRA-Stovall Equal Weight Seasonal Rotation ETF (NYSEArca: SZNE) is certainly one for the seasons, and October’s volatility served as a reminder to investors that alternative strategies like seasonal investing are worth considering.

Despite ending on a positive note, October 2018 has been one to forget for U.S. equities thanks to FANG (Facebook, Amazon, Netflix, Google-Alphabet) stocks that have haunted the major indexes during the month of October: Facebook—down 7%, Amazon—down 21%, Netflix—down 20%, and Google (Alphabet)—down 10%. The Nasdaq Composite, in particular, fell by 9.2% in October, making it its second largest decline since it fell 10.8% back in November 2008.

Investors were rocked by copious amounts of volatility after a decade-long bull run that has seen the growth fueled by FANG stocks dwindle as the technology sector fell into correction territory. The Nasdaq was able to pull itself out of correction territory on the final day of October, but the entire month made investors reticent to jump back into the same tech sector that spurred the historic bull market.

However, a move back into tech is par for course per SZNE’s market strategy for November through April.

Diversification is an obvious benefit of exchange-traded funds as opposed to concentrating investment capital into a single stock, but SZNE offers the same diversification via the ETF wrapper. SZNE tracks certain sectors found within the S&P 500 Equal Weight Index, but with a twist–getting diversified at the right time at the right season.

From November through April, the fund will offer equal weight exposure to companies in the consumer discretionary, industrials, information technology and material sectors. From May through October, the ETF will be exposed to companies in the defensive sectors of consumer staples and health care.

SZNE serves as a prime alternative for the large-cap investor seeking exposure to various sectors, but only during the times of the year when they are thriving.

“The ideal investor for SZNE is core Large Cap long-term investor,” said Sean O’Hara, president of Pacer ETFs. “The premise for the ETF is based on the old Wall St. adage of ‘sell in May and go away.’ There have been patterns that are long standing that show that different sectors do better than others historically during certain months during the year.”

Pacer ETFs have been able to identify which sectors perform the best during which season–the premise for SZNE’s strategy.