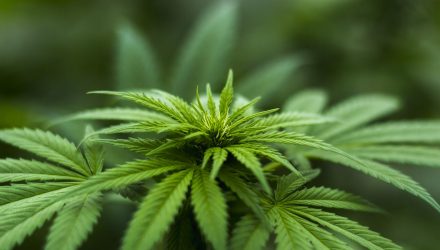 A ‘New’ Marijuana ETF Is On The Way

In 2012, Washington and Colorado became the first states to legalize recreational marijuana use. By 2020, it’s expected that marijuana will grow to a $21 billion a year industry.

ETF investors who have been clamoring for a good way to get in on the cannabis trend have largely been unserved. There’s the recently launched Horizons Marijuana Life Sciences ETF (HMMJ) but that only trades on the Toronto Stock Exchange. That’s about to change as the ETFMG Alternative Agroscience ETF is scheduled to begin trading later in December.

Just don’t call it a new fund. The Alternative Agroscience ETF, the first U.S. traded fund dedicated to investing in marijuana cultivators and distributors, is actually going to be a complete rebuild of an existing fund.

The Marijuana ETF is still about a month and a half away, but here’s what we know about it so far. It will track the Alternative Agroscience Index, an index that invests in companies that are primarily engaged in the legal cultivation, production and distribution of cannabis, pharmaceutical companies that manufacture or market cannabinoid-related drugs and businesses that make fertilizers and pesticides used in the cultivation of cannabis. The fund will only include companies that operate in states where marijuana is legal.

The potential for a marijuana ETF is huge. Currently, 29 states and the District of Columbia have legalized medical marijuana, while 8 states along with DC have legalized recreational marijuana (Maine is still in a bit of legal limbo). Medical marijuana alone nets California an estimated $50 million in tax revenue per year. Colorado in its first year with legal marijuana raised more than $100 million in revenue. It raised $163 million in its second. Needless to say, with money like that on the line, states will find ways to make weed legal. The $21 billion estimate in 2020 could very well end up being conservative.

Investors have already demonstrated their eagerness to get in on the boom. The Horizons ETF is up 44% since it debuted in April. It’s already built up more than $216 million in assets. Clearly, the interest is there.