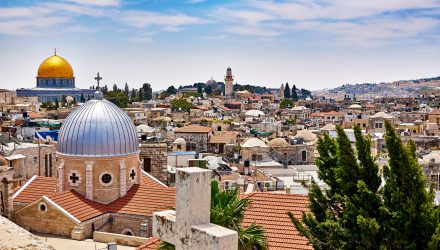 The targeted focus on Israel’s innovators may be a way for investors to bolster a diversified global portfolio that may be severely underweight this segment of the international markets. Israel was promoted to developed market status in 2010 but many portfolios underweight the country relative to growth and innovation projections, with the country only representing 0.14% of the MSCI World Developed Index However, Israel is ranked 2nd overall for innovation by the 2017 Global Competitiveness Index and is a global leader in the development and marketing of new products and services, technological improvements, and advancements in scientific research.

“Unintentionally, and often unknowingly, benchmark-sensitive investors lowered their exposure to Israel dramatically after its promotion to developed market status in 2010,” Catherine D. Wood, ARK’s Founder, CEO, and CIO, said in a note. “According to ARK’s research, at the end of 2009, 13 Israeli stocks represented approximately 3.4% of the market cap of the MSCI Emerging Market Index. If Israel were to have maintained its weight in the MSCI Emerging Market Index, then 3.4% would account for $427 billion in market cap today. Instead, following the promotion of Israel to developed market status, four Israeli companies now represent roughly 0.14%, or $62 billion, of the MSCI World (Developed) Index market cap. Consequently, Israel has lost access to $365 billion of exposure in global equity market indices. For perspective, Israel’s GDP should approximate $340 billion in 2017.”