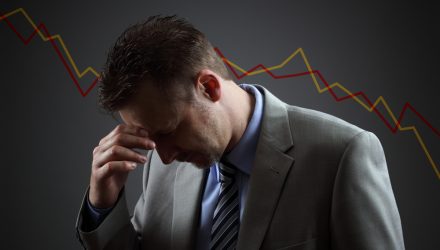 By George Prior of Prior Consultancy

A fresh era of negative interest rates is looming and investors are now seeking to top-up their portfolios with equities, says the CEO of one of the world’s largest independent financial advisory organizations.

Nigel Green, the deVere Group chief executive and founder, is speaking out after the U.S. Federal Reserve’s emergency rate cut on Tuesday – the first since the 2008 financial crash – as it tries to limit the economic impact of the coronavirus outbreak.

Mr. Green affirms: “There’s been one historic cut already and there are signals that the Fed – the world’s de facto central bank – will make deeper cuts imminently.

“As it scrambles to protect the U.S. economy from the far-reaching fallout of the coronavirus, it can be expected that it could take rates back down to zero – emergency territory – in the next few months.

“This then raises the spectre that the Fed will ultimately follow its peers in Europe and Japan by adopting negative interest rates.”

He continues: “There is much debate and skepticism regarding the effectiveness of slashing rates in response to a global public health crisis and the resulting market turmoil.

“Negative rates can be misinterpreted by the public. They have been viewed as a warning to consumers and investors, that the underlying economies are in a dangerously weak position, and hit investor and consumer demand.”

Mr. Green continues: “However, while the jury is out on whether negative interest rates help the real economy, there is no doubt that they help boost financial asset prices.

“As such, with coronavirus possibly ushering in a fresh era of negative interest rates, investors are now seeking to top-up their portfolios with equities before the next round of cuts and the likely subsequent price jump. They are seeking the lower entry points before the market surge.

“Those with savings in the bank are already getting battered by the ultra-low interest rates they are getting,

“Negative rates will give more investors more reason to increase their exposure to equities.”

The deVere CEO concludes: “There question mark remains on whether cutting rates from their already low levels will solve the issues created by the coronavirus outbreak.

“But rate cuts – and it is likely there will be deeper ones to come – will push up financial asset prices and right now many investors are looking to get ahead of the curve on this.”