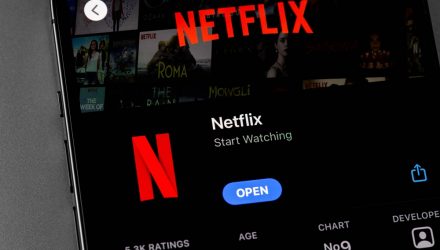 Communication services sector-related exchange traded funds were reeling Wednesday after Netflix (NasdaqGS: NFLX) shares plunged. It was one of its worst days in over a decade.

Netflix shares declined after the online streaming giant revealed that it lost subscribers over the first quarter, whereas investors previously expected the company to add new users, the Wall Street Journal reports. Furthermore, the platform is expected to lose two million global subscribers in the current quarter.

The retreat on Wednesday marked Netflix’s second big pullback this year. The company shares suffered a 20% decrease in January when the company said it warned of falling subscriber additions year-over-year.

NFLX’s share price is now 60% lower so far this year after Wednesday’s drop.

While Netflix has enjoyed a surge in interest following the coronavirus pandemic that triggered lockdowns and caused many people to look for other ways to be entertained at home, the easing restrictions and rising competition among other online streaming platforms have weighed on Netflix’s growth.

“Nobody was expecting Netflix to announce they lost subscribers. They were expecting a slowdown in subscriptions, but seeing Netflix losing subscribers is a big deal,” Ipek Ozkardeskaya, senior analyst at Swissquote Bank, an online broker, tells the WSJ.

Some investors are even worried that rising inflationary pressures could weigh on consumer spending on nonessential goods and services, like online subscriptions.

“People are asking ‘Is this worth it?’” Ozkardeskaya adds. “As prices rise, the worth threshold is being pulled higher and that’s pushing people to the exit.”