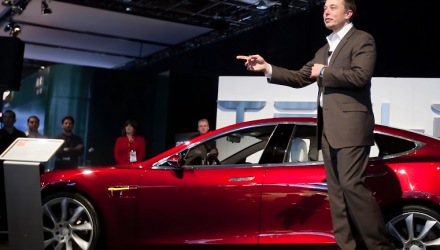 Jeff Bezos, Steve Jobs, Elon Musk, and Bill Gates–names tagged as technological revolutionaries, but if you ask American astrophysicist author, and science communicator Neil deGrasse Tyson which one would influence society the most long-term, it would be Musk.

“Here’s the difference–Elon Musk is trying to invent a future not by providing the next app,” said Tyson.

Tyson cites Musk’s propensity to take on projects and challenges that not only solve problems today, but provide solutions for tomorrow. In essence, Musk builds things that are “awesome”–and to Tyson, “awesome” means things that are game-changing and profoundly visionary, to say the least.

“When I was growing up, ‘awesome’ was applied to when we walk on the moon, when we cured disease, major societal advances–that’s what we applied the word ‘awesome’ to,” said Tyson. “And so what Elon Musk is doing is not simply giving us the next app that will be ‘awesome’ on our smartphone.”

“He is thinking about society, culture, how we interact, what forces need to be in play to take civilization into the next century,” Tyson said.

Musk has been responsible for leading the charge in technological advances, such as electric automobiles with automaker Tesla and space exploration with aerospace company SpaceX to name just two. Furthermore, Musk is also exploring developments in artificial intelligence, neurotechnology and machine learning–all potential technological disruptions in any sector.