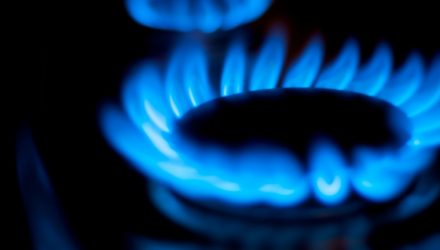 Natural Gas ETFs Could Heat up in Winter

The surge in natural gas prices and related exchange traded funds could still have legs as a supply shortage sets the stage for a potential winter rally.

Natural gas inventory levels are low around the world while prices have jumped to record highs in Europe and Asia, the Wall Street Journal reports. Demand has fueled the rising prices as economies bounce back from the coronavirus pandemic shutdowns while ongoing hiccups in the return to normalcy have caused disruptions to supply.

For example, tight supplies out of Russia and strong demand from China and Latin America have caused price spikes in European economies including Spain, the Netherlands, and the U.K., which rely on importing from outside sources. These countries have been cutting back on coal-fired plants and become more reliant on relatively cleaner gas to meet their energy needs.

Meanwhile, in the U.S., the world’s largest producer of natural gas, the global bidding war has helped push prices to their highest level in over a decade.

The potential short-term supply crunch won’t be fixed any time soon since building more capacity to help transport natural gas is a long-term project. Additionally, political and regulatory hurdles remain for getting a major new pipeline to Europe, Nord Stream 2.

Global demand for LNG increased 5.3% over the first nine months of 2021 year-over-year, according to market intelligence firm Kpler, as economies reopened after pandemic lockdowns.

The disconnect between demand and supply widened, partially due to extreme and unusual weather. For instance, gas wells freezing in Texas and hurricanes have weighed on production over the Gulf Coast in the U.S. An extended winter has cut into the time usually used to rebuild gas stocks in Europe. Droughts in Brazil and China have also cut into horsepower output.