You are at:Home»Nasdaq Investment Intelligence Channel»Implications for CIBR as Politicians Make Cybersecurity Promises 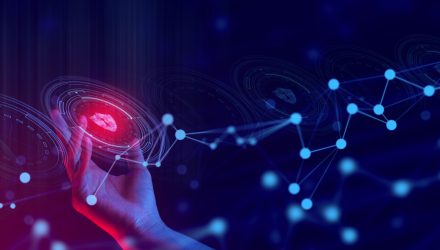 This month is Cybersecurity Awareness Month, an occasion sure to bring exchange traded funds such as the First Trust Nasdaq Cybersecurity ETF (CIBR) into the spotlight.

Speaking of spotlights, some politicians are seizing on the Cybersecurity Awareness Month occasion, introducing legislation aimed at fortifying the federal government’s ability to ward off cyber crime. That could bring more opportunity with CIBR, which tracks the Nasdaq CTA Cybersecurity Index.

“The senators’ legislation significantly reforms the Federal Information Security Modernization Act – which has not been updated since 2014 – to ensure our nation has the tools and resources it needs to protect federal information technology systems,” according to a statement from Peters’ office.

How the 36 member firms in the $4.72 billion CIBR stand to benefit from the proposed legislation remains to be seen. The bill heads to committee on Oct. 6, so it could be a while before the broader Senate takes it up, and it’s not yet known if companion legislation will emerge in the House. Bottom line: It could be some time before it reaches President Biden’s desk.

However, it is bipartisan and, these days, that counts for something. Additionally, the Peters/Portman bill focuses on government use of cybersecurity measures and, as is widely known, the government has massive cybersecurity needs, meaning that comparably large spending on this front could be forthcoming. Some of those expenditures could be allocated to products and services offered by CIBR holdings.

The impact to earnings and sales for CIBR holdings may be unclear for now, but what is crystal clear is that the federal government must bolster its cyber defenses, and that task can’t be delayed.

“I have authored two bipartisan reports demonstrating the cybersecurity weaknesses of federal agencies, and the need to update the Federal Information Security Modernization Act.  These reports show that federal agencies are unprepared to meet the sophisticated, determined threat we face and have failed to address many vulnerabilities for nearly a decade putting the sensitive data of all Americans at risk,” said Senator Portman. “This bipartisan bill provides the security the American people deserve and the accountability necessary to resolve longstanding weaknesses in federal cybersecurity by clarifying roles and responsibilities and requiring the government to quickly inform the American people if their information is compromised. I urge my colleagues to join in supporting this common-sense, bipartisan legislation to update the Federal Information Security Modernization Act.”