You are at:Home»Nasdaq Portfolio Solutions Channel»When the Going Gets Tough, the Tough Get Global 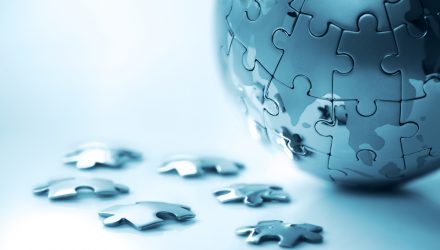 When the Going Gets Tough, the Tough Get Global

The rise of e-commerce and internet activity isn’t a strictly American theme. China and other developing markets prove as much, accessible to investors with ETFS like the Global X Emerging Markets Internet & E-Commerce ETF (NASDAQ: EWEB).

“With the long term slowing of economic growth in developed markets, emerging markets are driving the majority of global economic growth,” writes Global X analyst Chelsea Rodstrom. “Much of this growth is attributable to EM’s expanding middle class; a powerful generation of consumers whose new spending habits and internet connectivity are giving rise to quickly growing industries. Nowhere is this more evident than within the internet and e-commerce industry, where EM companies are becoming global innovators in markets ripe for disruption and long term growth.”

As a split internet/retail ETF, EWEB devotes over 93% of its weight to the consumer cyclical and communication services sectors. EWEB has eight geographic exposures with China looming large at an allocation of 74%. There are strong fundamentals backstopping this new ETF.

Looking ahead, middle-income consumers will likely take on a greater role in the emerging economies. According to McKinsey & Co. projections, there will be an expected 4.2 billion people among the consuming class by 2025, with emerging markets making up $30 trillion in consumption to developed markets’ $34 trillion.

GDP data are also supportive of the EWEB thesis.

“EMs are not only growing faster than developed economies but are becoming major global economies in their own right,” notes Rodstrom. “In the mid-1990s, EMs began outpacing Developed Markets (DMs) in terms of real GDP growth, and with the exception of 1998, have continued growing faster than DMs since. Likewise, China and India are now among the top 5 largest economies globally by GDP, while Brazil is the 9th and Russia is the 11th largest economy in the world.”