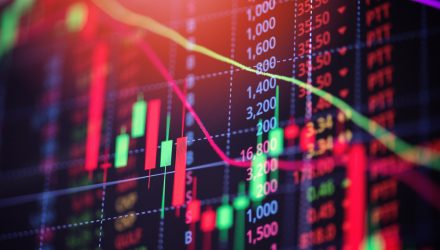 Despite low bond yields, which historically favor utilities stocks, the sector is an obvious laggard this year. That doesn’t mean it’s slumping.

Just look at the S&P 500 Utilities Index, which is higher by more than 11% year-to-date. For its part, the Invesco DWA Utilities Momentum Portfolio (NASDAQ: PUI) is up nearly 11% and could be a viable avenue with which to play a utilities surge into year-end.

PUI tracks the DWA Utilities Technical Leaders Index, which is rooted in a relative strength methodology. While PUI’s methodology brings a bit more excitement to the stodgy utilities sector than is found in traditional exchange traded funds tracking the sector, the Invesco ETF still offers a decent dividend yield of 2.16%.

On the income and credible value fronts, PUI is relevant today.

“So to guard against value traps, we then looked for utilities that raised their dividends in 2020 versus 2019 levels and are expected to increase their payouts this year as well, based on FactSet estimates,” reports Lawrence Strauss for Barron’s. “The five companies in the screen are Edison International (EIX), which recently yielded 4.5%; Consolidated Edison (ED), 4.1%; Duke Energy (DUK), 3.8%; NiSource (NI), 3.5%; and Entergy (ETR), 3.4%…”

As Barron’s notes, California-based Edison International is the only member of that quintet that’s in the red on a year-to-date basis. In a testament to PUI’s relative strength methodology, that stock isn’t a member of the ETF’s roster.

Duke Energy, NiSource and Entergy are, however, among PUI’s 39 holdings. Duke is a top 10 holding at a weight of 3.68% while Entergy and NiSource combine for 6% of the Invesco ETF’s roster.

“NiSource, based in Indiana, has returned about 11% this year. It’s a fully regulated utility with about 3.2 million natural-gas customers and 500,000 electric customers across six states,” according to Barron’s. “Entergy, based in New Orleans, took a big hit from Hurricane Ida, which knocked out power in much of that region. But the stock has held relatively steady, having gained 0.7% since Aug. 27.”

Traditionally, utilities stocks are seen as defensive plays, but PUI livens up that scenario by allocating more than 82% of its lineup to mid- and small-cap equities.