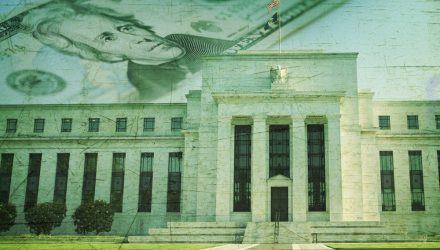 This ETF Can Survive and Thrive During Fed Tapering

On Wednesday, the Federal Reserve made it clear that it will begin dialing back its $120 billion in monthly bond buying later this month. That’s also known as tapering.

Owing to the “taper tantrum” of 2013, “taper” is usually viewed as an offensive word in the world of finance. It doesn’t have to be. In fact, it can bring sector-level opportunity for investors. Enter the Invesco DWA Consumer Cyclicals Momentum ETF (PEZ).

“The Index is designed to identify companies that are showing relative strength (momentum), and is composed of at least 30 securities from the NASDAQ US Benchmark Index. Relative strength is the measurement of a security’s performance in a given universe over time as compared to the performance of all other securities in that universe,” according to Invesco.

In simple terms, putting relative strength into real-time practice implies that an investor is seeking stocks that are already in strong places, or perhaps displaying enough strength that they won’t be derailed by the Fed scaling back bond purchases. On that note, it’s worth remembering that the prior “taper tantrum” — the only one on record — was short-lived, and after several months, stocks were trading higher.

While one episode of a “taper tantrum” isn’t guaranteed to repeat, it could be instructive in terms of sector performance during the new tapering regime, and that highlights the near- to medium-term allure of PEZ.

“From the onset of taper talk in May 2013 to the start of tapering in January 2014, the top three performing S&P 500 sectors were industrials, consumer discretionary and financials, according to Ned Davis Research’s analysis,” reports Hannah Miao for CNBC.

Among the corners of the consumer discretionary sector that performed admirably during the prior tapering episode were casino gaming names. Two such stocks are found among the 40 holdings in PEZ, combining for 6% of the fund’s weight.

Select online retail stocks endured the prior tapering. PEZ allocates 7.55% of its weight to internet retailers. Indicating that there’s something to its unique methodology, PEZ is beating the S&P 500 Consumer Discretionary Index by 70 basis points year-to-date.