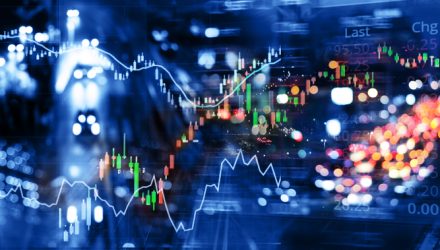 The Undeniable Allure of Buyback Stocks

Investors often clamor for shareholder rewards, namely dividends, but buybacks are a tax-efficient option for deploying capital and rewarding investors in the process.

Buyback announcements are often met favorably. For example, the Invesco BuyBack Achievers ETF (NASDAQ: PKW) is up more than 31% year-to-date, putting it more than 800 basis points ahead of the S&P 500.

Share repurchase programs played an integral in leading stocks higher in the years following the financial crisis, and the good news is that buybacks are back in big way this year.

“Buybacks were one of the drivers of the remarkable 11-year bull run that followed the Great Recession, adding an estimated $4 trillion to the stock market between early 2009 and early 2020,” says Jeffrey Kleintop of Charles Schwab. “Many companies suspended buybacks during the early months of the COVID-19 pandemic in order to conserve cash, but share repurchases in both the U.S. and Europe have been making a strong return in 2021 as the economic recovery accelerates.”

PKW follows the NASDAQ US BuyBack Achiever Index. That benchmark is exclusive territory because not every company announcing a share repurchase program is eligible for inclusion. PKW’s underlying index mandates that member firms reduced shares outstanding tallies by at least 5% over the trailing 12 months.

That’s an important requirement for multiple reasons. First, a company can buy back a massive amount of stock, but if it issues a lot of new stock for employee compensation or acquisitions, it likely won’t meet the criteria to join PKW. Second, companies that announce buyback programs aren’t under any obligation to purchase the announced amount.

“When companies repurchase their own shares, it may signal to investors a confidence in cash flow and strategic direction—and that often translates into stronger returns,” adds Kleintop. “From February 2010 through December 2014, for example, the stocks of U.S. companies that bought back their shares returned an impressive 149%, whereas the S&P 500® Index returned 93%. In Europe, the difference was even more staggering: Buyback stocks returned 120%, whereas the STOXX Europe 600 Index returned just 35%.”

Translation: PKW’s requirements for admission are to the benefit of investors because stocks in the ETF are credibly shares outstanding counts in dramatic fashion. Add to that, the buyback binge can continue.

“Publicly traded companies in the U.S. and Europe were sitting on nearly $2.9 trillion earlier this year. As a result, businesses have plenty of leeway to buy back their shares even as they invest in their businesses to meet demand and address supply bottlenecks,” concludes Kleintop.