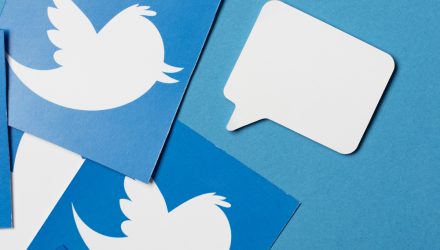 Twitter’s Jack Dorsey has announced his resignation, effective immediately, as CEO, and while he will remain a board member for now, it will only be until his term expires in 2022, reports CNBC. Chief technology office Parag Agrawal will be stepping into the CEO role. Dorsey has believed him to be ready to lead the company for a while, and he has faith that Agrawal will grow to the ambitious plans set forth earlier this year for the social media giant.

Agrawal has been with Twitter for over a decade; he climbed the ranks rapidly and has been in the CTO position since 2017. His primary focus has been in incorporating artificial intelligence and machine learning into Twitter’s functionality, and he was in charge of projects that worked to make each Twitter user’s timeline more individually tailored to them.

The new CEO has also overseen Twitter’s Project Bluesky, which worked to create decentralized standards for social media. This framework has a lot of implications for collaboration amongst social media platforms that gives users better control over their content and allows platforms to work together on promoting posts to users, according to Dorsey. It also could help restrict hate speech and online abuse across networks and platforms.

The new CEO was the primary driving force of moving the then-cumbersome platform to various cloud servers, which allowed for better performance and has provided legroom for the company to continue expansion, reports CoinDesk.

Agrawal is stepping into leadership of some very ambitious goals that the company had previously set for itself. Twitter is looking to have 315 million monetizable daily active users by the end of 2023, and its annual revenue goals are doubled for the end of 2023 as well.

“Twitter is now executing against an ambitious multi-year plan to dramatically increase the company’s reach and value, and we look forward to the next chapter of Twitter’s story,” said Elliot Management’s Jesse Cohn, managing partner, and Marc Steinberg, senior portfolio manager. “Having gotten to know both incoming Chairman Bret Taylor and incoming CEO Parag Agrawal, we are confident that they are the right leaders for Twitter at this pivotal moment for the company.”

For investors seeking to invest in the future potential of Twitter under new leadership, the Invesco NASDAQ Internet ETF (PNQI) offers exposure to internet-related companies, including Twitter.

PNQI seeks to track the Nasdaq CTA Internet Index, an index that contains companies listed on the NYSE, NYSE American, Cboe, or Nasdaq whose primary business is internet-related. This can include internet search engines, internet software, web hosting, website design, or internet retail commerce. The fund uses a full replication approach to track the index and invests at least 90% of its assets in the securities within the index.

Twitter (TWTR) is carried at 1.2% weighting within the fund; other constituents include Alphabet Inc (GOOGL) at 8.86% weight and Meta Platforms Inc (FB) at 7.86% weight.