You are at:Home»Nasdaq Portfolio Solutions Channel»Smart Grid Investing Is a Smart Idea 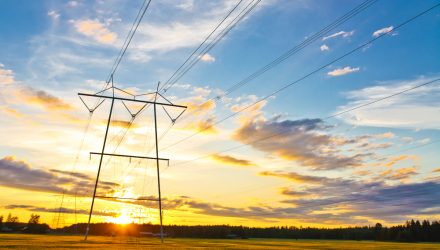 If the California summer taught investors anything it’s that smart grid investing could be an exceedingly smart idea in the years ahead. The First Trust/Clean Edge Smart Grid ETF (NasdaqGM: GRID) is avenue for accessing that theme.

In August, California is implementing rolling blackouts to conserve power as temperatures surge across the state. Part of the reason this is necessary is because the state currently lacks the battery capacity to deploy renewable energy on par with its ambitious agenda, meaning that when heatwaves arrive and demand spikes, there’s an unfortunate gap between demand and supply.

“The past two decades have seen a significant change in how the U.S. and the world powers its homes, businesses, factories, and vehicles. At the forefront of this dramatic shift has been the growth of renewable energy (primarily solar and wind), the recent rise of energy storage and EVs, and the advent of smart and connected electric grids,” according to Nasdaq research.

Smart Grid: The Wave of the Future

The technologies and companies GRID provides exposure to are cutting-edge in the energy space and are leaving traditional fossil fuels producers behind. This trend is going to be long-running, potentially providing a lengthy runway for GRID upside.

“Global investments in renewable energy capacity expanded from $32 billion in 2004 to $282.2 billion in 2019, according to Bloomberg New Energy Finance,” notes Nasdaq. “By comparison, just $100 billion was invested in new coal and natural gas globally last year.”

What bodes well for GRID’s long-term outlook is that the issue clean energy adoption isn’t as partisan as it’s often made out to be in the political press.

“The demand for low-carbon sources of energy is coming not only from governments, but also from corporations and individuals. A 2019 Pew Research Center survey found that 77% of Americans give priority to developing clean energy sources, compared with just 22% who would emphasize expanded production of fossil fuel sources (with both Democrats and Republicans favoring clean energy),” according to Nasdaq.